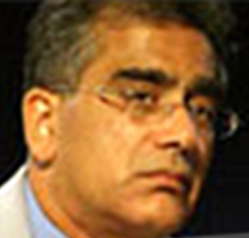 Aroon Purie
Read More
Aroon Purie is the Founding Editor and Editor-in-Chief of India Today and Chief Executive of the India Today Group. He is also the Chairman of Thomson Press (India) Limited and TV Today. A graduate in Economics from the London School of Economics and a Fellow of the Institute of chartered accountants (England & Wales) he is responsible for the strategic direction of the company. He started his career in 1970 at Thomson Press as Production Controller and still continues to be its guiding force. Mr. Purie has greatly contributed to journalism in India—he entered the publishing business and founded the India Today Group. India Today is India's most read news publication with a readership of 15.4 million across all Indian editions. The India Today Group also publishes several other magazines, some of which have become market leaders in their respective segments. The India Today Group has ventured into various businesses and launched magazines and products such as Business Today (business magazine), Learn Today (education platform), Music Today (thematic classical music), Care Today (charity), Bag It Today (online shopping) and many more.
Mr. Purie sets the journalistic style for the largest and most respected magazine publishing group in India and for the premier 24-hour news and current affairs Hindi news channel, Aaj Tak. Mr. Purie has also entered into a tie with AOL Time Warner Group for exclusive marketing and distribution of Time and Fortune magazines.
Mr. Purie has been conferred the Padma Bhushan—a prestigious civilian award—by the government of India for his contribution to Indian journalism. He has received numerous other honors, including the B.D. Goenka Award for Excellence in Journalism (1988), “Journalist of the Year 1990” by the Indian Federation of Small and Medium Newspapers, The G.K. Reddy Memorial Award for Outstanding Contribution to Journalism (1993–1994), the Hall of Fame Award from the Advertising Club of Calcutta (2002), and the NT Award for lifetime achievement from www.Indiatelevision.com (2008).
Mr. Purie is associated with several prestigious councils, amongst them, the Council of Management and the Audit Bureau of Circulations (Chairman, 2000–2001). He is on the Executive Committee of The Editors' Guild of India, Council of Management All India Management Association (Special Invitee). He was also Chairman of the CII National Committee on Media (2001–2002).
Collapse

Ankoor Purie
Read More
Ankoor Purie is the Managing Director of Thomson Press (India) Ltd. Thomson Press is a member of the India Today Group which has varied interests in magazine publishing (India Today, Reader's Digest, etc.), broadcasting (Aaj Tak, Headlines Today, Tez, etc.), music, and the like. Thomson Press is acknowledged as the country's largest commercial printing company. Besides being a member of the board, Mr. Purie oversees manufacturing at all units of Thomson Press. For the last few years he has been spearheading the company’s manufacturing, quality, systems, and technology upgrades.
Mr. Purie is also actively involved in driving group strategy and leads the group's recent foray into the Educational and Digital Media sectors.
He is also a Founder–Director of Hyper Space Music Pvt. Ltd., an event and music label company under the brand name DadA Music.
Mr. Purie completed his schooling at the Modern School, New Delhi, and went on to complete his Bachelor’s degree in Print Management from the London College of Printing.
Collapse 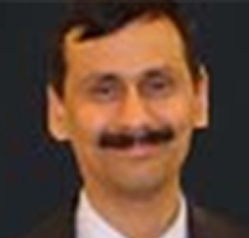 Vinay Kumar Singh
Read More
Vinay Kumar Singh started his career with Thomson and has been associated with the company since 1991. An alumnus of the University of Pune, India, with specialization in Printing Engineering and Graphic Communication Technology, he has served in various capacities as diversified as pre-press, printing, sales, and marketing before being entrusted with the present responsibility of heading Thomson Digital.
Under his leadership, Thomson Digital has witnessed a quantum leap in business growth, service diversification, quality standards, and customer satisfaction. This has been made possible by his thorough understanding of the business space, identification of industry trends, and discerning strategic solutions for the organization. In his current capacity as Executive Director & CEO, Vinay Kumar Singh is wholly accountable for the strategic direction, business expansion, marketing, business/product development, and overall growth and diversification of the five existing Thomson Digital units.
In addition, he also heads TDI Digital Solutions, Inc. the recently incorporated company, headquartered in New York, USA. TDI provides a wide spectrum of onshore publishing services under one roof, catering exclusively to the requirements of the US publishing market.
Collapse